The History of Billiards 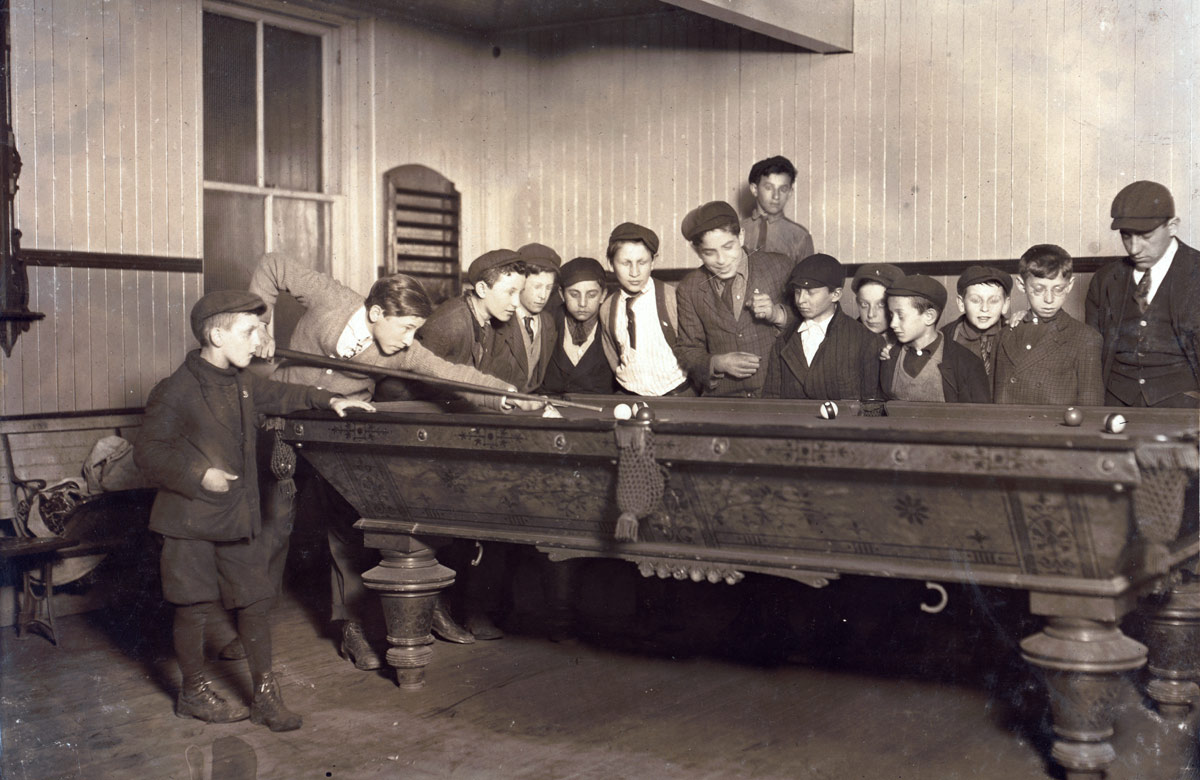 Handbook of Rules of Billiards 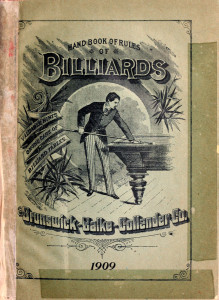 Handbook of Rules of Billiards: A complete hand-book of standard rules of all the prominent games of billiards and pool as practiced by the great professionals and other leading players in all parts of the world.  Published 1909 by The Brunswick-Balke-Collender Co.

All cue sports are generally regarded to have evolved into indoor games from outdoor stick-and-ball lawn games (retroactively termed ground billiards), and as such to be related to trucco, croquet and golf, and more distantly to the stickless bocce and balls. The word “billiard” may have evolved from the French word billart or billette, meaning “stick”, in reference to the mace, an implement similar to a golf club, which was the forerunner to the modern cue; the term’s origin may have also been from French bille, meaning “ball”. The modern term “cue sports” can be used to encompass the ancestral mace games. “Cue” itself came from queue, the French word for a tail. This refers to the early practice of using the tail of the mace to strike the ball when it lay against a rail cushion.

A recognizable form of billiards was played outdoors in the 1340s, and was reminiscent of croquet. King Louis XI of France (1461–1483) had the first known indoor billiard table. Louis XIV further refined and popularized the game, and it swiftly spread among the French nobility. While the game had long been played on the ground, this version appears to have died out in the 17th century, in favor of croquet, golf and bowling games, while table billiards had grown in popularity as an indoor activity. Mary, Queen of Scots, claimed that her “table de billiard” had been taken away by those who eventually became her executioners (and who covered her body with the table’s cloth). In 1588, the Duke of Norfolk, owned a “billyard bord coered with a greene cloth… three billyard sticks and 11 balls of yvery”. Billiards grew to the extent that by 1727, it was being played in almost every Paris café. In England, the game was developing into a very popular activity for members of the gentry.

A “Billiards” category encompassing pool, snooker and carom was featured in the 2005 World Games, held in Duisburg, Germany, and the 2006 Asian Games also saw the introduction of a “Cue sports” category.

We Have Antique Pool Tables For Sale!